Thought Brexit was perplexing? It’s got nothing on the myth of the ‘free market’ 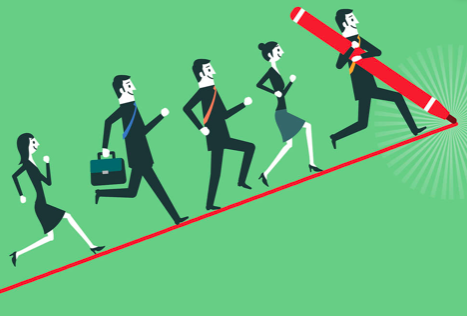 The question of whether governments should intervene more or less in the markets has dictated political debate for the past few decades. To some extent, this tiresome debate about the ‘free market’ represents the classic binary position of much political discourse – a hook to hang your team shirt on, if you like.

But if we pull back the covers and expose the system, then we might all agree on one thing: the notion of the ‘free market’ is as mythical as the Minotaur.

Civilisation by very definition, involves implementing and sustaining some rules of engagement. Otherwise, we would revert to beating each other with flints. With the exception of dysfunctional nation states, these rules of engagement are created by governments. So the market itself lives within a set of rules and regulations that define the parameters of our actions.

At its core, a genuinely ‘free market’ would have to involve the free movement of labour. It would mean eradicating national borders. A genuinely free market would likely mean that all of our goods and services would come from very few providers, as the strong swallow up the weak. And it would mean that we would have to physically protect our properties from incursion, as a free market would equate to an absence of lawful property rights.

At the extreme end, more government means nationalisation. And that is a different argument. As for less government, propagated by neoliberals? Well, the retorts are simple and numerous: why does the US taxpayer subsidise the oil industry? Or domestic agriculture? And why indeed, were private banks bailed out during the financial crisis? Was that not state intervention in its most exaggerated form? (In which UK banks did in fact get ‘nationalised’). George W Bush’s assertion that by bailing out the banks he was abandoning the free market to save the free market, leaves little else to be said on the matter.

Capitalism is not a static system. It cannot afford to be. Yet it seems that the continued narrative around the ‘free market’ is being used as a convenient scapegoat for society’s woes. The government has always ‘intervened’ in the markets. So the argument about the size of state intervention has to be changed. The real question should surely be focused on who writes the rules of the market – and who those rules are made for.

How renewable energy can help both farmers and investors to diversify
Contradiction is not a foible. It’s who we are…