How renewable energy can help both farmers and investors to diversify 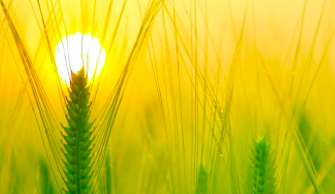 What better highlights the climate change predicament than one of human’s basic necessities: food. Agriculture and food production are second only to the energy sector as polluters. In the UK, farming alone accounts for around 9% of carbon emissions. This is despite the fact that we import around 50% of our food. According to estimates we also waste about 30% of it, although this is largely due to distribution processes.

Meanwhile, we are faced with a global food dilemma where food production will have to increase – the UN suggests by up to 50% by 2050 – to account for a rising population. This all adds up to an increase in food insecurity, making the food we consume more vulnerable to price rises, transport costs and tit-for-tat trade wars. This is not to mention drought.

In the UK, two thirds of farmland is only suitable for raising livestock. Given the above, reducing the number of domestic farms seems an unlikely solution in reducing the sector’s emissions.

Sure, the environmental impact of UK farms might be a conflation of the problem attributed to industrial farming in the US. And sure, cattle might actually help the soil to maintain carbon by trampling it down and locking in carbon. But all of this still dismisses the net impact that farming has on the landscape and biodiversity.

We can hope for more philanthropy from wealthier land-owning farmers, who might give up some of their grazing land to re-wilding projects. The Knepp Estate in West Sussex is a good example. Of course, this is unlikely. And it’s hardly an option for most small farmers who have to actually earn a living.

So, the only option it seems is to invest in cleaner processes. And here, the hope hinges on private investment.

Renewable energy is starting to play a significant role in helping farmers cut emissions. Biogas for example, presents a big opportunity for farmers, which stretches beyond emissions reduction and can in fact help to supplement their income. Anaerobic digestors are one form of biogas solution. By installing an anaerobic digestor, farmers can convert farm waste into clean energy to run their own transport on.

This helps significantly reduce the carbon footprint of a farm and offers cost-savings on fuel. But the big incentive is that any surplus energy can be sold back to the national grid, providing farmers with additional income. Biogas now accounts for around 10% of all the UK’s consumed electricity according to BEIS. While this presents a big incentive for farmers to reduce their carbon footprint, it also offers investors an opportunity to channel funds into more proactive environmental projects.

Keith Lewis is a copywriter who has worked on a number of renewable energy copywriting projects.

Our shifting notion of value is an opportunity for financial services industry to rebuild trust
Thought Brexit was perplexing? It’s got nothing on the myth of the ‘free market’