Sustainable investing: why taking an interest is good for you as well as the planet 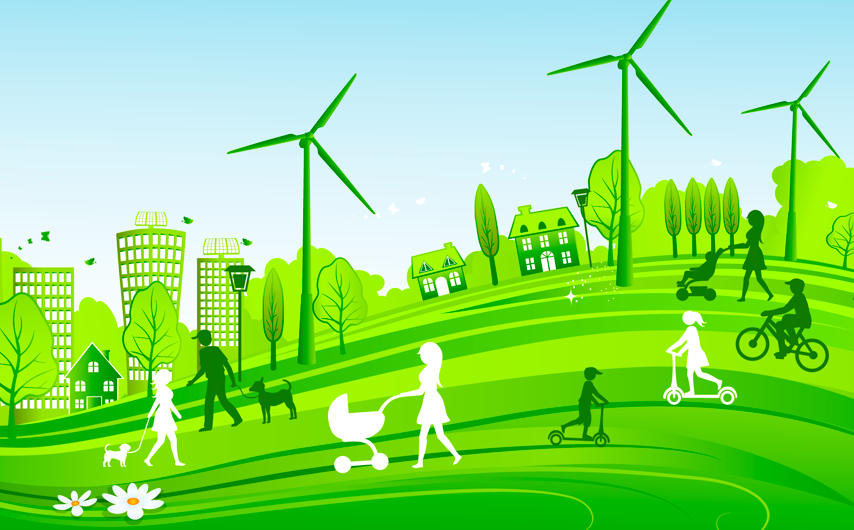 While we are increasingly concerned about how our purchasing habits impact society and the environment, the idea that sustainable consumption comes with financial sacrifice prevails. But in the investment world, sustainability has gone beyond ethics. Sustainable investing now poses a sound financial strategy in itself. Nonetheless, it is still down to consumers to push wider change, and we can all start by taking an interest…

Let’s start by looking at one area where you are probably already invested through your pension: fossil fuels. Sure, fossil fuels have played an unquestionable role in global economic development. But we are moving into a post-fossil fuel world in which the long-term investment case is nothing short of dubious.

Firstly, divestment from fossil fuels – namely oil companies – has become an extremely high-profile call-to-action. Increasing numbers of institutional pension funds consider it hard to warrant supporting an industry that is contributing so much to climate change. Among them are The New York City Pension Fund and the National Trust. Even the UK Parliament’s pension fund is considering its position. And at the time of writing, we are pending a decision by one of the world’s largest banks, the European Investment Bank, on divestment from fossil fuels.

Secondly, the success of oil (meaning a rising price) will actually accelerate its own decline. Even at its lowest ebb, oil is becoming increasingly uncompetitive as the price of cleaner, renewable energy plummets. In the last five years the price of renewable energy technology has fallen up to 80% and, without any government subsidies, wind and solar energy have become the cheapest way of generating power.

Then there’s the politics. We only need think of Saudi Arabia’s heightened tensions with Iran – highlighted by the recent attack on Saudi’s Abqiaq oil processing facility which is responsible for 5% of global oil output – to remind ourselves of the vulnerability that comes with importing oil. No nation wants to be dependent upon oil producing countries, and in fact domestic energy security is now being built through renewable energy programs. And lest we forget, oil is an industry that is reported to receive over $20 billion worth of subsidies from US taxpayers (that’s far more than the US education spend by the way – go figure). As the environment wrestles its way to the top of the political agenda, oil will be akin to flogging a dead horse for future politicians. So even if we put morals aside, investing in fossil fuels is simply not an attractive long-term proposition.

Conversely, more sustainably-minded businesses are leading the way. The financial media outlet, Dow Jones, runs a sustainability index in which it assesses the sustainability of global companies by comparing them to one another. Those companies at the higher end of the index tend to perform better than those at the bottom. So the tide has turned, now that sustainability is a growing part of corporate agendas. And fund managers are at last, to some extent, getting on board…

So where does the investment industry stand?

Let’s strip investing back to its core premise, which is being in it for the long term. Wealth managers wax lyrical about their long-term investment time horizons. About how investing is a five to ten-year proposition. And about how short-term loses are an inherent part of investing. All of this is sensible, but the big question is, has the investment industry been heeding its own advice? The answer is yes and no.

Some fund managers have been calling for oil firms to wind their businesses down and return funds to shareholders. Some big finance firms are making high profile decisions with climate change in mind – one of the UK’s biggest insurance and asset managers firms recently made a commitment to stop insuring oil pipelines, for example. While undoubtedly such a decision has an economic element to it, it can be lauded as a move in the right direction.

What is telling though, is that few fund managers seem to be willing to align their own investments with climate goals such as the Paris targets. While the above mentioned insurance provider took the decision to forego the oil pipeline business, it has a lot invested in oil companies through the asset management arm of the business – in its £750 million Distribution Fund three of the top ten investments are in the oil and mining sector, accounting for £64 million. This is just one of many funds run by the group.

Clearly, moving out of these assets is no overnight task for fund managers. But as investing is at the forefront of the shift towards sustainability, it comes with the risk of getting caught out. So perhaps there’s a danger that some of these fund managers become stranded with worthless assets on their books in the not too distance future. Mark Carney, Governor of the Bank of England, has actually warned that the transition away from carbon intensive investments could be the next be big bubble.

What you can do to make your investments future proof

Asking the ethical question no longer means sacrificing investment performance. We would all do well, ethically and financially, to engage with our pensions and investments. How? By finding out what is held in your existing pensions for starters. Or by challenging your financial advisor if they do not have a solid sustainable proposition.

Another way is to look at the increasing number of customer-friendly digital wealth managers on the market. Aside from democratising wealth management, low-cost digital services have been a timely welcome for investors that want to invest sustainably. These providers make investing really simple for anybody, and often put sustainable investment options a the heart of their service.

It is down to each of us to engage if we really want to enact some sort change. Indifference simply fuels a business as usual scenario. By engaging with our personal investments, we have a chance to make one of the most positive differences we can make to the environment while aligning our financial futures with the areas where growth is most likely to come from. Putting your money where your morals are is likely to pay dividends.

Keith Lewis is a freelance copywriter who writes thought pieces across numerous sectors, including financial services.

Posted on October 1, 2019 in Uncategorized

Over-milked: the garrulous tone of the food industry is beyond tiresome
Gated communities – an oxymoron?