Over-milked: the garrulous tone of the food industry is beyond tiresome 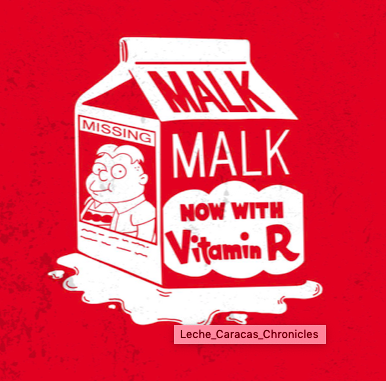 The UK has much to thank Jamie Oliver for. Since the late nineties, he’s been largely responsible for the mass re-lighting of ovens across the nation. He got us excited once more about what we were putting on the table. Over and above his simple recipes though, the key ingredient was his affable, cheeky-chappie approach. We fell in love with it. It was a finger to any remaining pomposity attached to the art of chefery.

Around the same time that Oliver’s BBC Naked Chef debuted, a successful juice company was also born. Likely spurred on by the gregarious Oliver, Innocent Smoothies used an overtly conversational tone and simple language to chat to us about juice. And it too won over hearts and minds from across the consumer spectrum.

It was success predicated on personality. Personality which has us thinking small and personal – the antithesis of corporate. (Never mind that Innocent is now 90% owned by Coca Cola.) It was a breath of fresh air. Approachable. Honest. And both Oliver and Innocent should be commended for their originality.

But twenty years on, have the inevitable imitators taken it too far? I know I am not alone when I suggest that the flurry of food companies talking to us like a drunk uncle has become a bit tiresome. Vegetable companies giving me the choice between a “medium magnificent mixed box” or a “very veggie veg box”.

Top of this list are the extremities employed by some milk alternative producers. Take this line which I recently found on the side of one such carton: “Isn’t it strange that when we want to fly some place warm for a week of vacation, we can find out exactly how many tons of carbon dioxide it will take to get us and our luggage into that sun chair, yet it is almost impossible to find out what the impact of drinking a glass of milk vs. a glass of oat drink has on the planet.” [Deep breath] How many times have you shared your sun lounger with your suitcase, I wonder?

Until the 1990s US milk cartons used to have missing people printed on the side of them. I mean, who doesn’t love reading about a missing person while partaking in her/his morning nourishment? But chatty self-indulgence appears to have taken over the mantle from missing kids. And much like a visit to the hairdressers, I welcome the opposite of effusive at the breakfast table.

Don’t get me wrong, I salute the genuine interest in sustainability in the above example. And there are far worse crimes than self-indulgent copywriting. But ironically, the tone kind of undermines the intention and makes companies sound a tad untrusting. As copywriting fashions come and go, the demise of this one is starting to look a little overdue.

Keith is a Brighton-based freelance copywriter.

Posted on November 26, 2019 in Uncategorized

Sustainable investing: why taking an interest is good for you as well as the planet